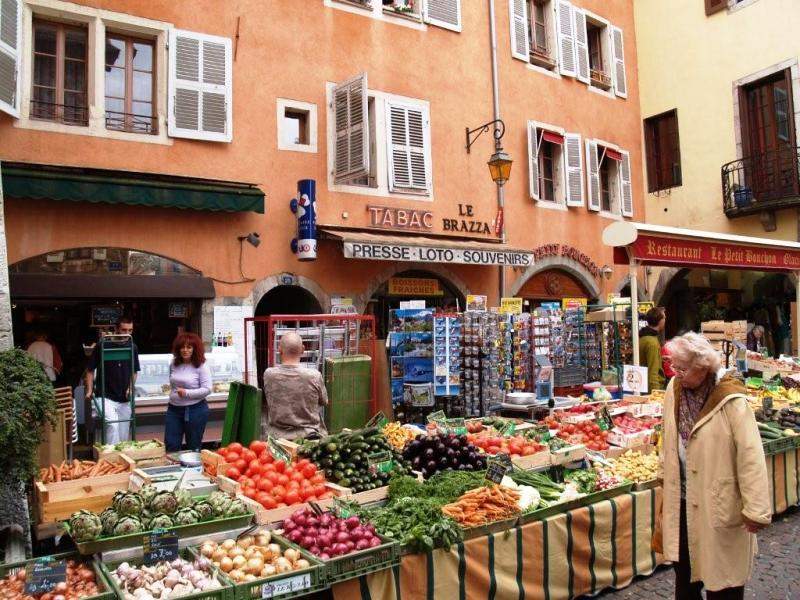 3 Diet Secrets of the French

Did you ever meet someone and in an instant click? My guest poster, Layne Lieberman, RD and I just recently met, but we share the same exact philosophy; bring the healthy habits of the people of Europe to an American audience. I’ve been to over 70 countries and can tell you that Layne is right on the mark in her ultra gorgeous new book, Beyond The Mediterranean Diet (WorldRD, 2013)

Throughout her 2 year journey through Europe, she discovered that three countries; France, Italy and Switzerland, are the leaders in longevity, yet have some of the worlds most decadent foods. How can this be? In this post Layne shares about France, my favorite of the three countries. She’ll explain how the French approach to health is so very different than ours and how you can achieve their effective results right here at home. So maybe now we can all relax if some butter passes our hungry lips!

P.S. Stay tuned for my next post, which will feature one of Layne’s delectable recipes — take it away Layne!!

Oh, to be a sophisticated French woman in a sleek pencil skirt, black heels, and a scarf tied just so. These women seem to have it all – a svelte body, the ability to look chic even when toting small children, while enjoying a diet rich in pastries and wine!

This phenomenon is known as the “French Paradox.” For some mysterious reason, the French can consume luxurious, fat-laden items like foie gras (the fatty liver of a force-fed goose or duck) and rich, creamy sauces like béarnaise (made with butter and egg yolks). Yet, they have the lowest rate of death from heart disease in Europe — a whopping 60% lower than the rate in the United States. How can this be?

French and American researchers have speculated that perhaps the chemical makeup of wine (red wine, in particular) negated the harmful effects of the fats. In 1991, the TV program, 60 Minutes, featured an interview with French researcher, Serge Renaud, to discuss this phenomenon. It was the highest rated and most watched television show that week, and viewers were convinced that the answer to the “French Paradox” lay within a bottle of wine.

The bottom line is, drinking wine with a fatty, cream-based entree is not the reason France boasts such impressive health statistics. To find the secret of their health success, I decided to undertake an up-close-and-personal investigation into what Americans could do, like the French, to stay slim and healthy without feeling deprived of delicious and decadent foods.

Here’s a sampling of dietary secrets from the French (excerpted from Beyond The Mediterranean Diet: European Secrets Of The Super-Healthy):

1. There are no forbidden foods, as long as you eat a balanced diet with wholesome and natural ingredients. For example, if you’re in the mood to indulge in a breakfast croissant, choose one that is authentic: freshly baked and made from natural ingredients. The taste experience of a flaky pastry, crispy on the outside and doughy soft on the inside, melts in your mouth. Surprisingly, a true French croissant weighs only about an ounce and measures 15 inches around, which works out to about 115 calories.

2. On special occasions, share a dessert four ways, such as petit fours. Better yet, to end a meal, opt for low fat yogurt and fruit. Keep high fat, processed cakes, cookies and chips out of the house (out of sight, out of mind), but do keep a fruit bowl in your fridge.

3. Train your eyes to recognize a healthy size portion of food. A portion of meat, poultry or fish is 3 to 6 ounces cooked (depending upon how many calories you need per day). A satisfying portion of pasta is one cup cooked. You may want to begin weighing and measuring foods to get the hang of it. Remember, the French don’t eat small portions; we Americans have gotten used to eating supersized portions.

Layne Lieberman, RD, is a culinary nutritionist and author of Beyond The Mediterranean Diet: European Secrets Of The Super-Healthy. Copyright 2013 5 years ago
BlogIn The News