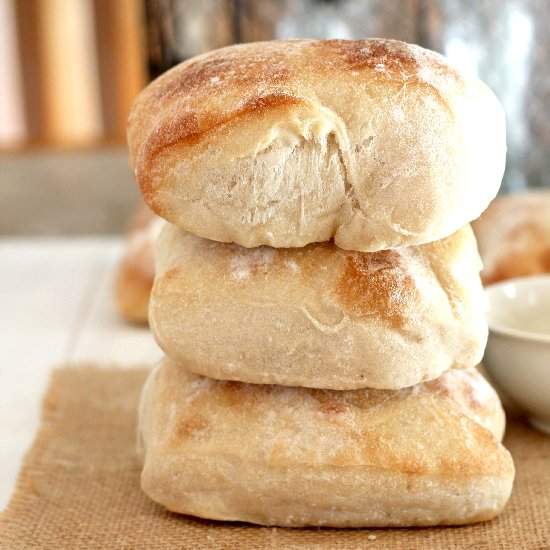 We are in the midst of a gluten-free fad that has become the diet narrative in America. Gluten is a protein found in food staples like pasta and bread that have been in our diets for thousands of years. In fact, gluten is in all ancient and modern wheat and wheat products including spelt, Kamut, einkorn, farro or emmer, semolina, farina, matzo, graham flour, orzo, bulgur, wheat bran, wheat germ, couscous and durum. Gluten is also found in other grains — barley, rye and triticale. Triticale is a hybrid of rye and wheat. There are many foods ingredients, cosmetics and toys that contain gluten, including Brewer’s yeast, malted barley, malt syrup, malt extract, malt flavoring, malt vinegar, malted milk, beer, seitan, tabouli, teriyaki sauce, soy sauce, udon, wheat germ oil, croutons, imitation crab meat, breaded meat, vegetable tempura, licorice, medicines, vitamins, lip balms, Play-Doh, and the list goes on.

There is a small percentage of the population that must follow a gluten-free diet for life. This group includes the estimated 1 percent of the population with celiac disease. Celiac disease is both a disease of nutrient mal-absorption and a serious immune reaction to gluten. There are many symptoms of celiac disease, and these symptoms overlap with other illnesses. For example, it is difficult to determine whether symptoms from irritable bowel syndrome and lactose intolerance are alternatively due to gluten intolerance. Celiac disease is definitively diagnosed with a blood test and an intestinal biopsy or possibly a skin biopsy, if there is associated dermatitis.

In addition to the small percentage of the population that has celiac disease, there is a smaller group, about 0.4 to 0.5 percent of the population, that suffers from a wheat allergy, who benefit from a wheat-free diet. Wheat allergy is more common in young children with other food allergies and is often outgrown by age 5. After consuming wheat, there is an immediate reaction that may bring on hives, congestion, and nausea or, in rare cases, anaphylactic shock. For this group, going wheat-free is less complicated than going gluten-free.

Celiac disease along with other autoimmune diseases and the prevalence of allergies have been on the rise. Besides celiac disease being genetic, the National Institutes of Health theorized that one cause of this rise could be more screenings leading to diagnosis of milder cases. Other theories suggest there is a link to changes in our environment or the fact that our food has become over-processed and manipulated. Although we do not know the cause, a confirmed diagnosis of celiac disease is serious, and you must remove gluten from your diet.

For those who must follow a gluten-free diet, grains and grain-like plants that do not have gluten include rice, amaranth, arrowroot, buckwheat or kasha, millet, quinoa, corn, tapioca, cornmeal, flax, teff, sorghum and soy. You may be wondering about buckwheat. Even though it ends in the word wheat, it is not wheat and does not contain gluten. There are a variety of gluten-free flours like rice, corn, potato, almond, coconut and bean. Contamination of gluten-free flours and grains (especially oats) may occur if made in processing plants where gluten-containing products are also manufactured. Gluten-free field crops can become cross-contaminated if grown near gluten-containing crops.

What about the rest of us (the 97 percent)? Today, one of the biggest diet buzzwords is gluten-intolerance or gluten-sensitivity. There is no test to determine if an individual actually has (non-celiac) gluten-intolerance or sensitivity. Sometimes people with stomach problems self-diagnose themselves with gluten-intolerance, which can be dangerous if there is an unrelated gastrointestinal problem. When everything else is ruled out, doctors may prescribe a gluten-free diet as an “easy way out.” Patients with non-celiac gastrointestinal problems often report feeling better when adopting a gluten-free diet. However, this may be a placebo effect. Sometimes, feeling better results from just cutting out a lot of processed foods like commercial-breaded fried chicken, white bread, cookies, chips, pretzels and cakes.

If you don’t have celiac disease or a wheat allergy, rather than going “gluten-free,” it’s a lot easier and less expensive to remove refined grains and processed foods from your diet rather than remove all the gluten. Gluten-free has become a multibillion-dollar industry. Despite what is written in fear-mongering books like Grain Brain and Wheat Belly, for most of the population, there is no reason to go gluten-free. Beware, the trend is a result of celebrity endorsements, social media and pop-culture buzz — and it’s not science-based!

According to the National Academy of Sciences, grains containing gluten have been eaten since prehistoric times. There is evidence of food storage and granaries containing wild barley and wild oats from 11,000 years ago in the Jordan Valley. Since then, grains and most of the plants we eat have been hybridized both in nature and in the laboratory but many ancient varieties remain.

There is a big difference between hybridizing plants and genetically modifying crops. Hybridization is when plant seeds are crossed to accelerate certain traits. For example corn is one of the most hybridized plants in the world and it’s gluten-free. Hybridization is a tried and true method for developing new crops. On the other hand GMOs or genetic modified organisms are created by injecting genes from one species into a different species that otherwise could never be crossbred. Monsanto recently created a variety of sweet corn that is genetically modified. The genes are either cloned into a plant or smuggled in through a bacterial infection, which can create havoc and change the way the original plant functions. In the U.S., if a food is genetically modified, it cannot be labeled organic.

Here are six reasons why most of us should NOT be on a gluten-free diet:

1) Many gluten-free foods contain rice and corn. Rice absorbs arsenic and cadmium from the ground. Small quantities in the diet are of no concern. But when rice is a staple, it may be troublesome. Cornstarch is often a replacement for wheat flour in gluten-free products. Corn is known to be the most hybridized and processed grain in the U.S. food supply.

2) According to a recent op-ed in the New York Times by Lusk and Miller, more than 90 percent of the U.S. corn and soybean acres are now planted with seeds genetically engineered to resist insects, herbicides or both. There is not a single acre of genetically engineered wheat being grown commercially in the United States.

3) Prepared supermarket and restaurant gluten-free offerings tend to be more caloric than foods traditionally made with wheat. They are packed with highly-processed ingredients that are often low in fiber and high in sugar, salt and fat. Many gluten-free products are higher in calories because the types of flours used to replace wheat are higher in fat. Fat is the most caloric component of foods. For example, one quarter cup of almond flour has 160 calories and 14 grams of fat. While one quarter cup of whole wheat flour has 110 calories and less than one gram of fat.

4) Many of the ingredients used to produce gluten-free foods are void of nutrients. Ingredients such as tapioca and cornstarch are higher in carbohydrates and lower in protein and other nutrients when compared to wheat flour. Many gluten-free ingredients lack iron, thiamin, riboflavin, niacin and folate found in enriched wheat and whole-grains.

5) Since grains containing gluten were sustenance for the Incas, Romans and Greeks since biblical times, then how could they be bad for us? History of food culture and epidemiological studies have proven that a variety of wholesome grains in the diet are proven to be efficient fuel for the body and provide a wide range of vitamins, minerals, trace minerals, fiber and protein.

6) Unless you are part of the small percentage of the population that has celiac disease, wheat allergy or gluten-sensitivity, gluten-free diets do not result in weight loss or improve health. However, some people lose weight on a gluten-free diet due to the well known “food limitation effect”. If you reduce your food choices, you will most likely consume fewer calories.

If you want to lose weight and improve health, just cut out processed foods high in refined grains, sugar, salt and fat. It’s much simpler, healthier and less expensive than going gluten-free! Beyond The Mediterranean Diet Q&A