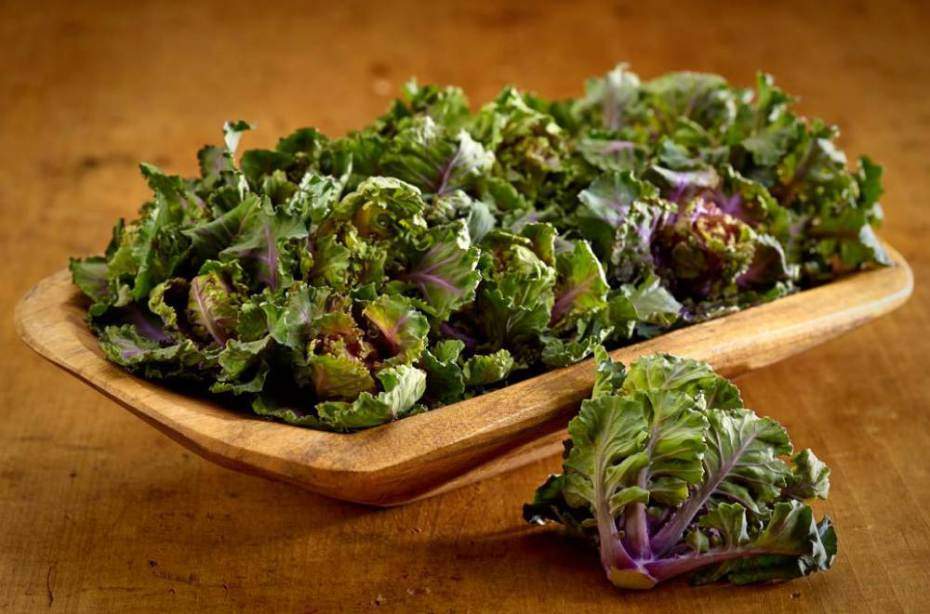 Kalettes–New Veggie on the Scene

Move over kale and those mini cabbages we call Brussels sprouts—there is a new kid on the block called Kalettes.

Kalettes are a natural cross between kale and Brussels sprouts, which were introduced to the market by a U.K. company and are now being grown in the U.S. According to NPR News, “15 years ago, the British company Tozer Seeds came up with the idea to develop the hybrid, which also goes by the names of BrusselKale and Flower Sprout.” Tozer debuted it in the U.K. in 2010 before launching it in the U.S. in 2014.

According to Tozer Seeds, this is not a genetically modified crop. Hybrid vegetables are created by cross breeding compatible plants. On the other hand, genetically modified crops have DNA artificially manipulated in a laboratory through genetic engineering. Most of the crops grown today, are hybrids. Though some health professionals are weary about over hybridized crops because of unknown longterm outcomes environmentally and health-wise.

In the U.S., rumors have it that Kalettes are sold in the produce section at Trader Joe’s under the name of Kale Sprouts. A chef-friend just informed me that they’ve been spotted at a Whole Foods in Florida.

Kalettes look like purple-tinged baby lettuces and taste sweet and nutty. They can be roasted, sautéed, steamed or diced raw into a salad.

Nutritionally, Kalettes are a bargain at only 45 calories for 1 1/2 cups (85 grams), 80 milligrams sodium, 4 grams protein, 0 grams fat, 6 grams carbohydrates. This serving size provides 120% of vitamin K, 40% vitamin C, 10% vitamin B6, 8% calcium, 6% iron and 4% vitamin A. Being a cruciferous vegetable, Kalettes are also brimming with anti-cancer phyto-chemicals.

So will this new star win the veggie war to rule as the 2015 superfood?! All bets are in and I am certain Kalettes will prevail!

Preheat oven to 450 degrees Fahrenheit (or 235 degrees Celsius). Place Kalettes, either whole or chopped into a roasting pan and toss with olive oil and seasoning. Roast for 10 to 15 minutes. Check that they don’t burn (tent with foil if they brown quickly). Serves 2.

This recipe is L.O.V.E. Approved:

For more tasty discoveries, nutrition news and healthy recipes, sign up to receive Layne’s blog delivered to your inbox (and don’t worry, your email is safe with WorldRD.com) at www.WorldRD.com.

For more healthy (and simple) recipes, check out my book: Beyond The Mediterranean Diet: European Secrets Of The Super-Healthy.