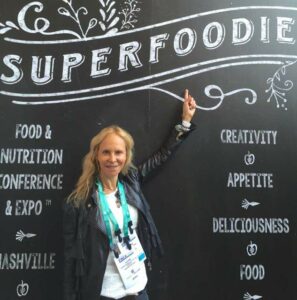 I recently returned from the Food & Nutrition Conference & Expo (FNCE) that was held in Nashville, Tennessee. It’s the annual event for the Academy of Nutrition and Dietetics, and the world’s largest meeting of food and nutrition professionals. The educational sessions addressed issues such as child nutrition, aging populations, sports nutrition, food waste, hunger, obesity, chronic diseases, functional nutrition, fad diets and more. A standout session about results of deregulation of the supplement industry in the U.S. had numerous examples of serious health problems including death and illness due to toxins and undisclosed dangerous “proprietary” ingredients.

The insights I gained at the conference prompted me to list what I believe will be the hottest healthiest food trends in 2016 (not listed in order of priority):

Grass-fed is an abused term much like the word natural. Most calves are fed grass for a short amount of time and then switched over to a grain diet, which typically includes genetically modified corn and soybeans. For both the health of the cow and for those consuming the byproducts or the meat, it’s best for the cow to be fed 100% grass from start to finish.

In the U.S. the term grass-fed on dairy products is not monitored or sanctioned by the Food & Drug Administration (FDA), unlike grass-fed label claims on beef, which are regulated by the Unites States Department of Agriculture (USDA). However, USDA organic standards require only 30 percent of a cow’s diet to come from pasturing–the other 70% can be organic grain, soy or other non-grass feed supplements.

What a cow eats effects its digestive health and the makeup of the milk and beef it produces. Corn and grain make the gut pH acidic, which disrupt the gut flora. Whereas 100% organic grass-fed cows are healthier, leaner and live about twice as long as grain-fed (or conventionally-fed) cows. Milk (and meat) from 100% grass-fed cows has a more favorable fatty acid profile than milk (and meat) from grain-fed cows. The milk and meat from 100% grass-fed cows are higher in omega-3 fatty acids and conjugated linoleic acid (CLA)–a newly discovered good fat–and lower in omega-6 fatty acids. (If you eat beef, do so in moderation, choose organic 100% grass-fed, opt for lean cuts like top round and have a portion that’s equal to the size of the palm of your hand.)

Getting back to the dairy industry, according to the folks at Maple Hill Creamery, the company has became the first certified 100% grass-fed dairy brand by the Pennsylvania Certified Organic (PCO), a USDA-accredited organic certifying agency. PCO developed the 100% Grassfed certification program for meat and dairy producers, as well as food manufacturers to accredit the term 100% Grassfed, when it’s used on food labels. Through third-party verification, the 100% Grassfed certification program offers a PCO 100% Grassfed seal to be used on all qualifying products, consumer communications and marketing materials.

Bottom line– Grass is a cow’s native diet! Go to farmers markets and or ask your local markets to search out the growing number of ranchers who have stopped sending their animals to the feedlots to be fattened on grain, soy and other supplements. Also, seek out local, small dairy farmers and do the research to find out about their farm practices including how they handle and treat their cows. Certified organic ensures no hormones or prophylactic antibiotics, but does not ensure a pure grass-fed diet or a happy cow.

The term is used for the edible seeds of legumes (plants with a pod) such as dry peas, beans, lentils and chickpeas, which are an excellent source of fiber and folate, a good source of protein and potassium, high in antioxidants and rich in iron. Pulses are also low in fat, gluten-free, sodium-free and cholesterol-free. Pulse crops act as natural fertilizers by pulling nitrogen from the air and returning it to the soil. They are drought-tolerant and frost-hardy. Most pulses can be planted directly into the ground without requiring tilling, helping to minimize erosion. India is the world’s largest producer and consumer of pulses. Pakistan, Canada, Burma, Australia and the U.S., in that order, are the major exporters and also suppliers to India. Canada now accounts for about 35 percent of the global pulse trade. Pulses are affordable and offer food security for the world’s growing population.

According to the U.N., 2016 is the International Year of Pulses because of the nutritional and sustainability benefits.

I especially like that pulses are making their way into new varieties of hummus, dal, gluten-free flour, pasta, soups, crackers, brownies and chips! It’s an ancient whole grain that date backs to 8000 B.C. and it’s high in fiber, 10 percent protein, gluten-free and non-GMO. Sorghum grain is most often used as a whole grain, whether popped as a snack, milled into flour or cooked whole as a pilaf or cereal. It’s also used to make alcoholic beverages, syrup or molasses and biofuel. The stalks are used as fodder and building materials. Sorghum is drought and heat resistant and therefore considered a sustainable food.

Sorghum is one of Africa’s major cereal grains and is also cultivated in the United States, India, Pakistan, and northern and northeastern China. Substantial quantities are grown in Iran, the Arabian Peninsula, Argentina, Australia, and southern Europe.

It has a soft and delicate taste, which reminds me of Israeli couscous. A2 milk™ started in Australia and New Zealand, which was initially marketed to the Chinese who often have difficulty digesting milk. A2 milk™ made it to the U.K market in 2012 and is now being launched in the U.S.

It is a natural cow’s milk, but what makes it different from ordinary milk is the homogeneous beta casein content, which supposedly results in milk that is well-tolerated. Beta-casein comprises 30% of the protein content in cows’ milk. Regular cows’ milk contains a mixture of A1 and A2 beta-casein but A2 milk™ just has A2 beta-casein. Research shows that this makes a difference in digestion and associated intolerance experienced by some people after drinking milk. This has nothing to do with lactose intolerance, which is when a person lacks the enzyme lactase needed to digest lactose, the milk sugar in cow’s milk. A1 beta-casein digests differently to A2 due to a slight difference in the amino acid sequence on the peptide chain. A1 beta casein releases beta-casomorphin 7 (BCM7) upon digestion whereas A2 beta-casein does not. The A2 Milk Company™ website states that there are over 100 independent peer-reviewed studies that support the hypotheses around A1 and A2 beta-caseins. However, many of these studies were partially funded by the A2 Milk Company™.

According to the A2 Milk Company™, A1 is a mutation that happened several thousand years ago in some European dairy herds and can be selectively bred out of a herd but that can take 10 to 15 years. A2 dominant breeds include the Jersey, Guernsey and Normande. However, the Holstein is the breed that is mostly used in large and confined feeding operations. Breeders have already developed A2 Holsteins to replace the A1 types. Good news is that goat and human milk does not have this mutation.

I tasted A2 milk and I could not detect any difference in taste when compared to conventional supermarket milk. However, I would be jumping for joy if the A2 Milk Company™ was also organic, 100% certified grass-fed and certified-humane, especially for the price!

Probiotics are live bacteria and yeasts that are good for your health, especially your digestive system. We usually think of bacteria as something that causes diseases. However, your body is full of bacteria, both good and bad. Probiotics are often called “good” bacteria because they help keep your gut healthy, which may impact on improving overall health by decreasing inflammation in the body.

Although most people equate probiotic with yogurt, they are many other probiotic-rich foods like cultured and fermented kefir, kombucha, unpasteurized sauerkraut, tempeh, miso soup and sourdough bread as discussed in my book Beyond The Mediterranean Diet: European Secrets Of The Super-Healthy. There are pills, powders, drinks and other forms of probiotics on the market today–some with more research behind them than others. A few mentions are UP4, Yakult and Lifeway Kefir. These include at least 10 different strains of live and active cultures. The bottom line is that clean and green continue to gain ground with #transparency as the opening line.

For a no-fad, no-gimmick approach to healthy eating without giving up decadent foods and including 50 delicious recipes for every meal of the day, pick up a copy of my book Beyond The Mediterranean Diet: European Secrets Of The Super-Healthy. 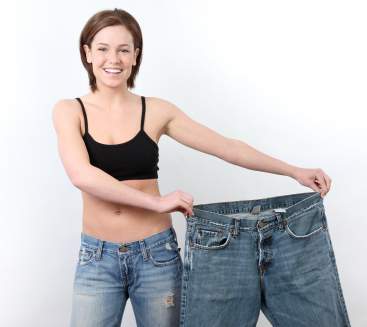 2 years ago
BlogIn The NewsNutrition News

What to Look For On FDA’s New Nutrition Facts Label