Recently, there has been concern that nanotechnology is making its way into our food supply. Is this true? Can organic and conventional dairy products use nanotech ingredients? Are we at the start of a GMO-like campaign as a result of corporate agribusiness? Some answers below. (Hint: Be wary of crowd-sourced databases.)

Nanotechnology is about the development and application of minute particles, which have unique characteristics for use in material science, engineering, food, medicine, environmental remediation and other applications. The technology is based on converting substances into tiny particles that behave differently than the natural substance. The particles are measured in nanometers. One nanometer is equal to one billionth of a meter. Nanomaterials have been around on a small scale for over a thousand years. Nano-scale gold was used to make stained glass in Medieval Europe. Today nanomaterials are used to manufacture lightweight, strong and water resistant products like sporting, household and electronics equipment, automotive parts, clothing, paint, eyeglass coatings, sunscreens, cosmetics, dental implants and a host of other items.

There is a difference between engineered nanomaterials, which are chemically or mechanically created, as compared to nanomaterials that occur naturally or are created incidentally, such as by milling flour. According to the non-profit agency Alliance for Natural Health, “Engineered nanomaterials have entered the U.S. food supply as part of the FDA’s (Food and Drug Administration) GRAS (Generally Recognized As Safe) list. The Canadian and European Union regulators require all food ingredients that incorporate engineered nanomaterials to be submitted for approval.”

According to Gregory D. Miller, Ph.D., President of the Dairy Research Institute, “The FDA regulates nanomaterials in the same way that they regulate any other food ingredients. New color additives (which would include titanium dioxide that is made with a new process such as nanoparticles) must undergo pre-market approval through the Food Additive petition process. Color additives are NOT allowed to be certified as Generally Recognized As Safe (GRAS). The FDA is very aware and concerned about the unique properties of nanomaterials so any review of a nanoparticle based color additive is likely to undergo significant scrutiny.”

Recently, there is concern that dairy and dairy alternatives like fat-free milk, cheese, yogurt, soy milk, and almond milk are processed with titanium dioxide nano-particles to improve color and mimic the whiteness of whole milk without there being disclosure of this ingredient on the food label. Titanium dioxide is extracted from the naturally occurring mineral ilmenite (named after the Ilmen Mountains in Russia), a heavy, iron-black metallic oxide mineral, composed of iron and titanium oxide. Titanium dioxide is big business in the U.S., U.K. and Middle East and also in Europe, Asia, and Africa. Titanium dioxide accounts for 70 percent of the total production volume of pigments worldwide.

Fat-free milk turns bluish when fat is removed and this color can be a turnoff to the average consumer. According to David R. McCoy, Ph.D. with the Dairy Research Institute, “The Food and Drug Administration (FDA) allows the addition of titanium dioxide to fat-free, low-fat and reduced-fat milk only when it’s being used to maintain the standard color of milk and it must be disclosed on the ingredient label.” Under FDA ruling, milk is a product with a “standard of identity” so if the color is “off” when fat is removed then titanium dioxide may be added to match the appearance of standard whole milk. According to Gregory D. Miller, Ph.D., “Titanium dioxide would always have to be disclosed on the ingredient list.”

Under FDA rules (21CFR130.10(f)(2), color additives, including titanium dioxide, could be added to reduced fat dairy products to improve consumer acceptance however, such addition would have to be noted on the package ingredient statement along with an asterisk and the statement that it is an ingredient not normally found in the standard product. The product would also have to be labeled as fat-free, low fat or reduced fat.

According to Gregory D. Miller, Ph.D., President of the Dairy Research Institute, “We are not currently aware of anyone adding titanium dioxide to whole milk and it would not be allowed under the current Pasteurized Milk Ordinance. Some companies make premium reduced-fat milks by adding protein to improve the color of the milk. Adding protein solids not only improves color, but also creates a fuller-fat mouth-feel.”

Titanium dioxide is commonly found (and listed in the ingredients) of vitamin and mineral supplements, over the counter and prescription drugs, chewing gum, toothpaste, candy, donuts, cake frosting, horseradish cream and sauces, lemon curd and even used to brighten chocolate. It works as a whitener, brightener and provides a barrier between different colors. It also increases opacity in some sauces.

The problem is that we don’t know the long-term effects of ingesting titanium dioxide. We also don’t know the effects of titanium dioxide entering our water systems. Based on data on the consumption of sweets from the National Diet and Nutrition Survey in the U.K., the researchers concluded that children consume two to four times as much titanium dioxide compared to adults. Titanium dioxide has recently been classified by the International Agency for Research on Cancer (IARC) as an IARC Group 2B carcinogen ”possibly carcinogenic to humans” based on exposure through inhalation as opposed to ingestion. There are studies that show harmful effects on lungs and the respiratory system from inhalation, which occurs while handling the ingredient during manufacturing.

According to PEN (the Project on Emerging Nanotechnologies), which is managed by Virginia Tech and the Woodrow Wilson Center, there are more than 1600 manufacturer-identified nanotechnology-based consumer products in the market. And according to the recent Mother Jones article “Big Dairy Is Putting Microscopic Pieces of Metal in Your Food,” PEN’s database lists 96 food items currently on U.S. grocery shelves that contain unlabeled nano-ingredients. The Mother Jones article states: “Examples include Silk Original Soy Milk, Rice Dream Rice Drink, Hershey’s Bliss Dark Chocolate, and Kraft’s iconic American Cheese Singles, all of which now contain nano-size titanium dioxide”.

After spending 20 years as a nutritionist in the supermarket industry and having helped to launch one of the first natural foods supermarket concepts, I was surprised to see some organic products listed as culprits on the PEN website.

On the PEN website, I noticed this statement: “By crowdsourcing expertise, our goal is to create a “living” inventory for the exchange of accurate information on nano­ enabled consumer products. Registered users are encouraged to submit relevant data pertaining to nanoparticle function, location, properties, potential exposure pathways, toxicity and life cycle assessment. Registered users can update product information and add new products.”

Crowdsourcing is defined as obtaining (information or input into a particular task or project) by enlisting the services of a number of people, either paid or unpaid, typically via the Internet. As a research-based nutritionist, my antenna went up as I emailed the Wilson Center and asked about accuracy and validity of the information posted. Was anyone checking the facts?

According to Mark Retzloff, cofounder of Horizon Organic Dairy and past chairman of the board for The Organic Center, “No company in the organic milk business uses titanium dioxide. The Pasteurized Milk Ordinance (PMO) of the USDA does not allow it to be added to fluid organic milk.”

According to David R. McCoy, Ph.D. with the Dairy Research Institute, “Titanium dioxide is not added to whole fluid milk period.”

So why is Westsoy Organic Soymilk listed in the PEN database? According to Mike Miller, customer care manager at The Hain-Celestial Group (owner of Westsoy), the company does not use titanium dioxide in any of its dairy alternative drinks, including Westsoy.

According to Pam Schiller, assistant consumer advocate for Blue Diamond Growers, “We do not add titanium dioxide to our products, and none of the ingredients used contain it.”

According to David R. McCoy, Ph.D. with the Dairy Research Institute, “over 90 percent of the food-grade titanium dioxide used in the dairy industry is not even considered nanomaterial. The particulate size is larger than what is defined as nano-size material.”

My investigation concludes that organic dairy and whole fluid milk do not contain titanium dioxide. If titanium dioxide is used in fat-free, low fat or reduced fat milk, or other food products then it most be listed on the ingredient label as an artificial color or titanium dioxide. News outlets should not have relied upon the PEN database for information regarding the use of titanium dioxide in foods. Crowdsourcing may not be a means of obtaining reliable data. The bottom line: Be wary of everything you read on the Web and do your own investigative research, even if the source appears reputable. Scary headlines are often misleading and meant to attract eyeballs and clicks to increase advertising revenue.

Follow the advice of my book, Beyond The Mediterranean Diet: European Secrets of the Super-Healthy: Choose whole, unprocessed, and organic foods when available. Be a food advocate and demand transparency from the food companies you do business with. Shop in the edges of supermarkets (produce, meat, fish and dairy) and stick to foods in their own natural wrappers. Bon Appétit! 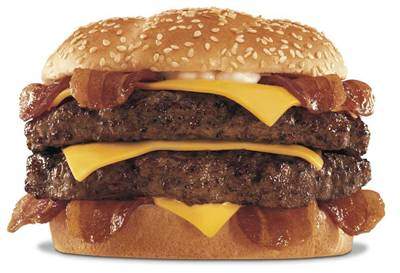