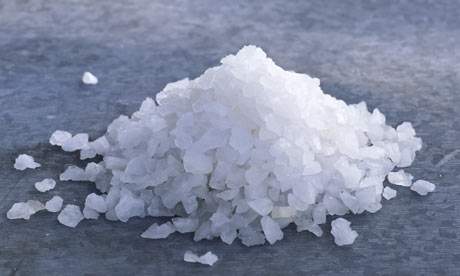 Do You Suffer From Chronic Sodium Intoxication?

The general recommendation for healthy individuals is to consume no more than one teaspoon of salt per day. One teaspoon of salt is equal to 2300 milligrams of sodium, or 2.3 grams per day. For those who are older or who already have hypertension, sodium intake should be limited to 1500 milligrams, or 1.5 grams per day. The biggest source of sodium in the American diet is packaged and prepared foods, and restaurant meals. This is in addition to using the saltshaker at the dinner table.

Be sure to check packaged foods for sodium content. Cereals, salted nuts, chips, cheese, smoked and processed meat, olives, pasta sauce and a variety of other foods are high in sodium. Another name for salt on an ingredient list is sodium chloride. When looking at the nutrition label, it’s wise to aim for a 1:1 ratio of calories to sodium. For example, if a product has 170 calories per serving, the sodium should not exceed 170 milligrams. Salt is hidden in other ingredients like monosodium glutamate, natural flavors, soy sauce, Worcestershire sauce, sodium benzoate, sodium phosphate and hydrolyzed vegetable protein.

According to Beyond The Mediterranean Diet: European Secrets Of The Super-Healthy, always eat when you’re hungry because that’s when your sense of taste works the best. Add spices like chili powder or red pepper flakes to your food. Spices stimulate the nerve that makes you cry when you cut an onion. Using spices will get you off salt while enhancing flavors. Mix dried herbs like basil and oregano with pure salt to cut down on sodium. Crunchy pink peppercorns go well with fish and Espelette pepper (from France) is delicious with eggs. Cook with citrus and vinegar, which creates a balance of sweet and sour without the need for salt.

For thousand of years, salt has been used to preserve foods like pickles, beef jerky and salmon. Salt also adds moisture to food and transforms flavors. Beware that common table salt contains anti-caking agents and whiteners so instead use small amounts of pure sea or rock salt. The flavor of salt can vary depending on where it is mined. Let’s face it–as much as French cooks treasure a fresh supply of Herbs de Provence, they would never give up their cherished salt. Herbs de Provence is a salt-free mixture of dried herbs from the Provence area of France, which typically contains oregano, thyme, savory and rosemary.

When I worked in restaurant kitchens, I was surprised at how freely salt is tossed in to just about everything from cooking water, salad dressings, sauces, breads and desserts. This doesn’t account for the salt that is used to season meat, seafood, vegetables and grains either before or during cooking. And I’m not talking about fast food joints where salt is used to preserve and prolong shelf life. Gourmet, Michelin star chefs are layering it on thick. Why?

Chefs are trained to believe that salt brings out the best in food. The problem is that if they smoke cigarettes, their taste buds lose sensitivity to know when enough is enough. Often, chefs forget to taste the salted water or salted butter that the food is being cooked in, and the result is an over-salted meal. When dining out, politely ask your waiter to hold the salt and put sauces on the side. You can then choose how much salt and sauce you would like on your food. In Beyond The Mediterranean Diet: European Secrets Of The Super-Healthy, there is an entire chapter devoted to “being-bold” when dining out. Bon Appétit! ~Layne

For more information, I found this site helpful: http://www.nhs.uk/Livewell/Goodfood/Pages/salt.aspx A Fork in the Road: European Eating Beyond the Mediterranean Diet

Read More
A Fork in the Road: European Eating Beyond the Mediterranean Diet Seven Healthy Foods You Must Eat… Like the Incas