Why It’s Time To Go Beyond The Mediterranean Diet

Let’s first address the Mediterranean diet, which is a term that was coined from the diets of the people that lived around the Mediterranean Sea during the late 1940s, 50s and 60s in Greece, Italy, France and adjacent countries. They ate mostly fruits, veggies, grains, legumes, seafood, olive oil, some poultry, some dairy, rarely red meat and drank wine in moderation. Food was sourced locally and daily walking was a way of life. These people had surprisingly low rates of heart disease and long lifespans compared to most other populations.

What we’ve failed to acknowledge is that the Mediterranean diet is more about a lifestyle than it is about a diet. The word lifestyle is hard to wrap our heads around because it’s not something we like to change. Diet is a way of eating, yet we don’t think twice about going on and off popular diets. A well-balanced diet and a healthy lifestyle are key ingredients to achieving optimal health so you can’t have one without the other.

The people of that time and region had a slow-paced, wholesome lifestyle. Fast food restaurants did not exist. Cafes and food markets had limited hours. There were few processed and packaged foods. Friends and families cooked at home and enjoyed meals together. Doesn’t sound quite like today’s grab-and-go hectic lifestyle, does it?

Instead of learning about lifestyle we heard about the importance of individual foods, including olive oil and the benefits of drinking red wine. The food industry responded by stocking supermarket shelves with so many brands and varieties of olive oil, including light, blended and extra-virgin, that we practically bathed in it.  We didn’t realize that we were being scammed into another food fad. No one cared to ask about where the olives were grown or how they were processed and produced. Nor did we debate that olive oil is pure fat and too much of any fat will make you fat.

Suddenly, international flights couldn’t stock enough red wine to satisfy their frequent flyers. The wine industry even proposed placing health claims on wine bottles to promote drinking wine for heart-health.  In translation, we lost the concept of moderation. Instead of slowly sipping wine with meals, we were gulping to a state of inebriation. Not good for our liver or our waistline.

Then came the locavore trend (eat locally) and more and more locally processed foods were showing up on supermarket shelves. Does local and processed really make sense in the same sentence? We ignored that local in the context of the Mediterranean Diet meant choosing fresh foods that made it from farm to table in less than a day or two.

Unfortunately, compliance with the Mediterranean diet and lifestyle is not a good fit for our modern society. And unfortunately, there is no magic bullet to reap the benefits. What we’ve failed to realize is that with so many choices and conveniences there are too many challenges to stick to an old world way of life. The clutter of so-called experts sending mixed messages about what to eat creates even more confusion. Besides, why would anyone want to give up convenience and choice? We demand food 24-7, eat out often and have a hard time taking the required 20 minutes to digest a meal in order for the brain to register fullness. So what is the solution?

I found the solution in the lifestyle and dietary secrets of today’s three healthiest countries in Europe, with the lowest rates of heart disease, obesity and longest lifespans. These three countries know how to walk the line between staying healthy and enjoying their decadent foods. Can you guess which countries? France, Switzerland and Italy.

Sadly, today the country that is most associated with the “old” Mediterranean diet, Greece, now has the second highest rate of obesity of all countries in the world, second only to Mexico because Greeks have adopted fast foods and a couch-potato lifestyle.  To learn more stay tuned! 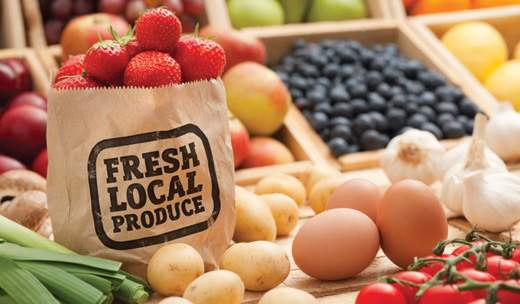 Are You a Locavore?

Read More
Are You a Locavore?

7 years ago
In The News